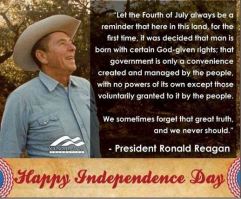 The Sentinel is adding an editorial to the monthly edition.  However, this month there are no words better than those of Victor Davis Hanson.  Therefore, this article will be a summation of his July 14th article.

Gavin Newsom has spent some of his campaign money on advertisements boasting that California is America’s true “free” state. Professor Hanson lists all of the issues in California that Governor Newsom  ignores in his ads.

1)   California’s once-vaunted freeway system is near the bottom of all   state comparisons.

4)   San Francisco has the highest per capita property crime rate in the   country.

7)   The state has not built a major reservoir in nearly 40 years.

8)   Millions of acre-feet of runoff and snowmelt simply cascade to the   sea.

10)  Newsom has given illegal aliens millions of state dollars in COVID   relief.

11)  Instead of developing California’s rich gas and oil reserves,   Newsom promised motorists that         he would send them a one-time   fuel gift of $400.

The Governor brags about a “free” California that will entice Floridians or Texans to California.  The facts are: over the last decades, hundreds of thousands of Californians and billions of dollars of wealth fled California for Florida and Texas among other states.

“Newsom resembles a pathetic owner of a once-successful but now run-down, high-priced gas station without clients.  In jealousy, he flails and screams at the newer, gleaming competitor

across the street with superior service, lower prices and better value-and jampacked with his own former but now wiser customers.”